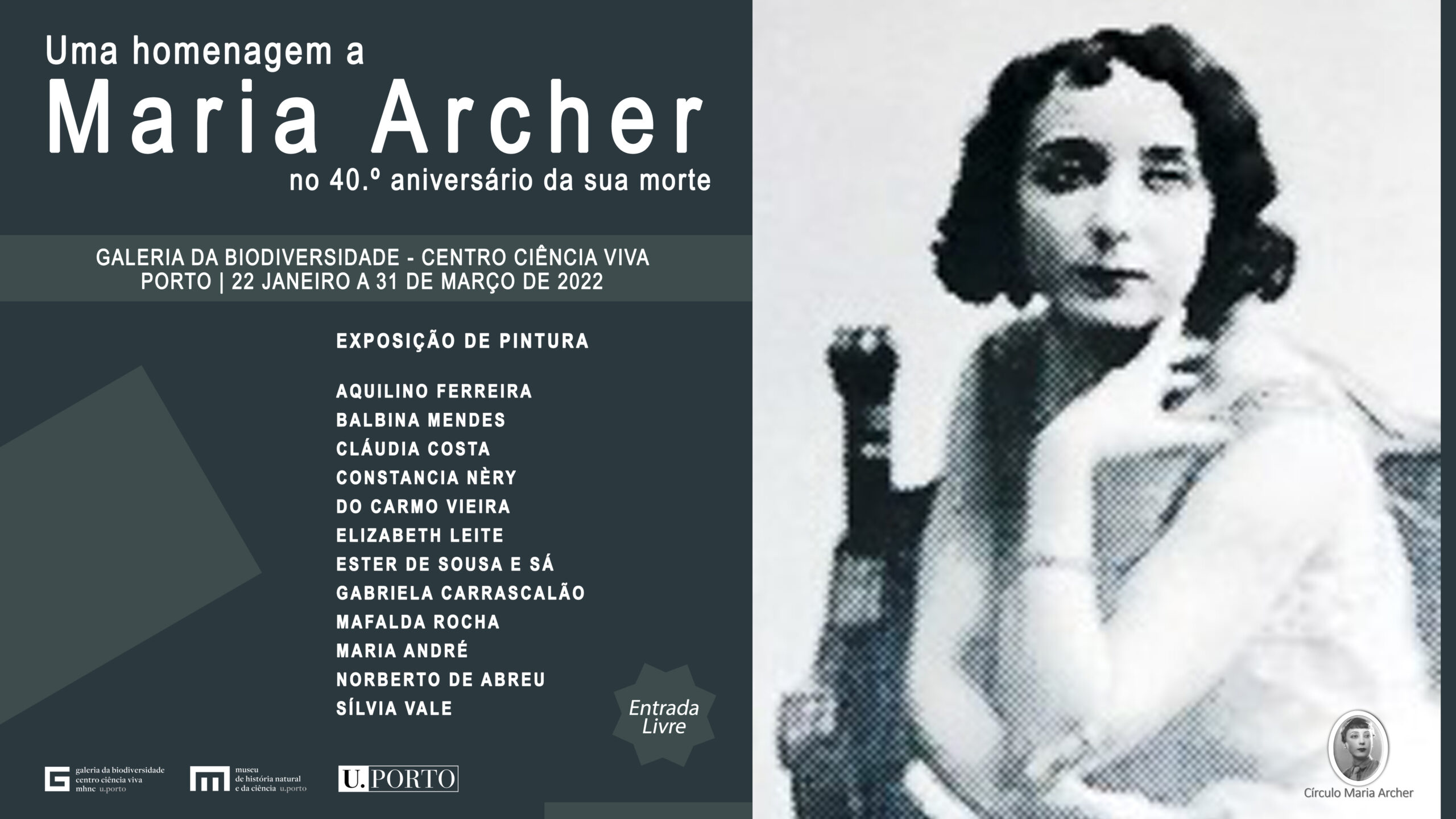 From January 22 to March 31, 2022, the natural History and Science Museum of the University of Porto, in collaboration with Círculo Maria Archer, will host at the Hall of Biodiversity – Ciência Viva Center the exhibition An homage to Maria Archer on the 40th anniversary of her passing.

Maria Archer was a Portuguese writer, journalist and feminist from the 20th century. Having spent her childhood between Portugal and Africa, Portuguese speaking countries were active influences in her writing. A woman ahead of her time, she married and divorced, leaving for Luanda where she began her literary career. Her work was published using her mother’s surname, and later she returned to Portugal, where she continued dedicated to her writing. In 1945 she joined a group opposed to Salazar’s dictatorship regime, which led to her works being censored by the Estado Novo. Maria Archer then took exile in Brazil, where she carried on writing African themes and also anti-dictatorship material. She also collaborated with several magazines. She returned from exile in 1979 and died in Lisbon, in January of 1982, aged 83.

An homage to Maria Archer on the 40th anniversary of her passing will be inaugurated in Porto, at the Hall of Biodiversity – Ciência Viva Centre, on the 22nd January 2022, and will have free entry to the public until the 31st March 2022.