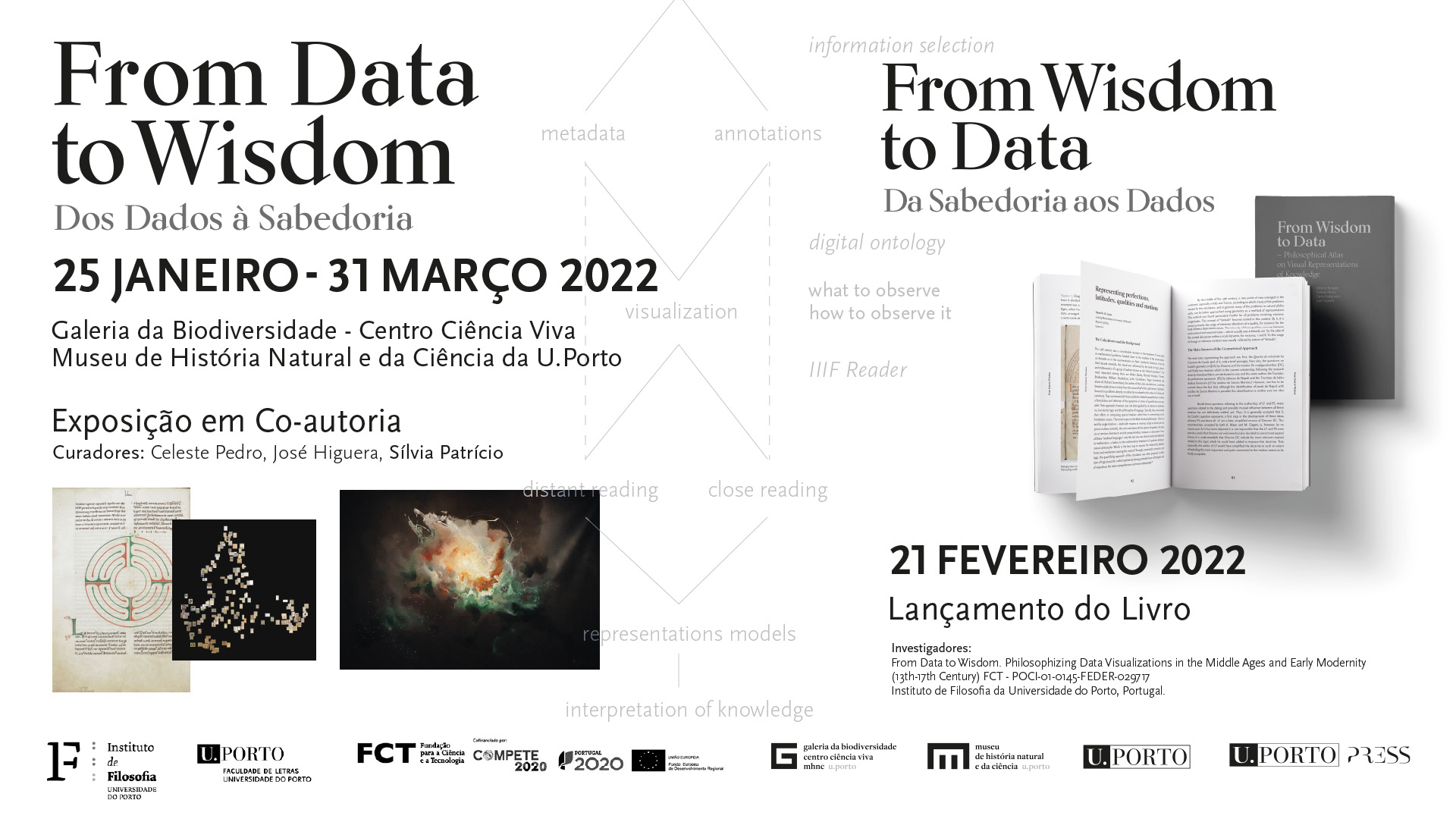 EXPOSIÇÃO FROM DATA TO WISDOM

FROM DATA TO WISDOM

EXHIBITION FROM DATA TO WISDOM

‘From Data to Wisdom’ first developed as a research project for the study of the prolific production of data treatment and visualization tools, used in guaranteeing the efficient transmission of trivium and quadrivium knowledge, and for organizing complex relations among disciplines during the Middle Ages and Early Modernity. Inspired by the Mnemosyne Atlas – a work by Aby Warburg begun in the 1920’s, the aim of this exhibition is to present an experiment that reflects the processes of creation, interpretation, and manipulation of visual data, in the context of historical research.

Bridging art, science and technology, a collage of four years of research on medieval and early modern visualizations of knowledge is presented to the public, in a conversation between the research corpus (images of diagrams), data visualization software and artistic creations.

Open from January 25 to March 31, the exhibition will also feature the launch of the book “From Wisdom to Data — Philosophical Atlas on Visual Representations of Knowledge”, scheduled for February 21.

FROM DATA TO WISDOM